ABOUT VMB DRIVER DEVELOPMENT:
VMB Driver Development, LLC was established in January of 2014 with the purpose of identifying and selecting young up and coming race car drivers and to help advance their careers.The key component to the program is a scholarship consisting of a seat in VMB's FormulaSPEED open wheel race car for one season. This part of the scholarship is run in the Formula Car Challenge presented by Goodyear series. In 2015 the program expanded to be a multi level program including Pro Formula Mazda. In 2016 the program grew to a 2 car FormulaSPEED program, giving VMB drivers the added benefit of having a teammate in identical equipment. In preparation for the 2018 season VMB has added a FIA Formula 4 car to the team.

The World Speed Motorsports Rising Star Awards have been helping young racers move up the open wheel racing ladder for years. The award includes a free test with WSM, and is presented to up and coming racers that WSM believes have what it takes to become a pro driver. Many of the past winners of the award have gone on to great successes in racing. VMB Drivers are selected from winners of this prestigious award. 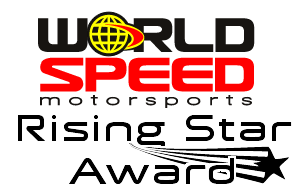 VMB Driver Development, LLC has partnered with World Speed Motorsports and Standing Start to provide driver coaching, engineering, mechanical support and logistics. Together the goal is to teach all aspects of driving, race management, preparation and marketing skills needed in order for the driver to keep moving up in racing."I have always loved watching racing as a young kid. The Indy 500, Formula One, especially the open-wheel cars. It is amazing to me how fast, yet precise these cars perform,and now I am pleased to be involved at this level and to be helping the next generation of racing stars." stated VMB Principal Steve Brisentine. 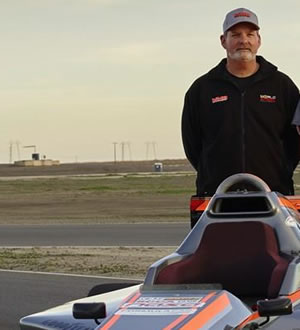 "A few years ago as I attended the GoPro Indy Grand Prix, I stopped by the World Speed trailer and noticed the sign about buying a car and entering the series. While I am a little to old to begin a career of driving, I wanted to be involved on race weekends. I wanted to be more than just a fan. If I can give back by providing a seat for a driver that otherwise cannot afford it, this will all be worthwhile."
- Steve Brisentine VMB Driver Development 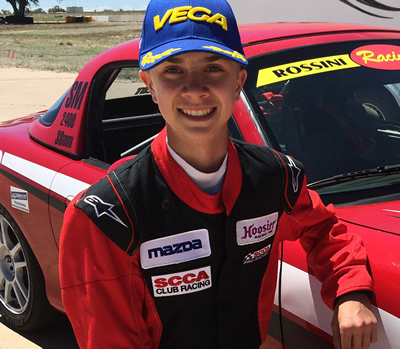 14-year-old Rayce Dykstra from Colorado was the driver selected to represent VMB in 2018 in the FormulaSPEED class where he became vice-champion. IN 2019 he secured the VMB F4 scholarship.
‍
Rayce is a third generation racer who started racing karts at the age of 8. He has had a very successful career working his way up the national karting ladder in the Rotax national program and the SKUSA Pro-Kart Challenge. In his first season of karting he was on pole in 15 out of 16 races, won 14 of those races and clinched the championship.

In 2017, Rayce competed in SCCA Spec Miata , and secured the Colorado Region championship. 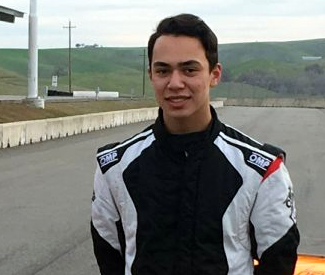 Jason is a eighteen year old kart racer from Walnut Creek, California. He started racing karts when he was six years old and also simultaneously started training in Tae Kwon Do.

After nine years of training, he earned his third degree black belt and decided to focus solely on racing. As he progressed through the ranks of karting, he was able to achieve a total of 6 championship titles. In 2018 Jason competed in the S1 class of the SKUSA Pro Kart Challenge finishing third in the championship.

Jason secured the 2019 VMB Scholarship in the FormulaSPEED class. 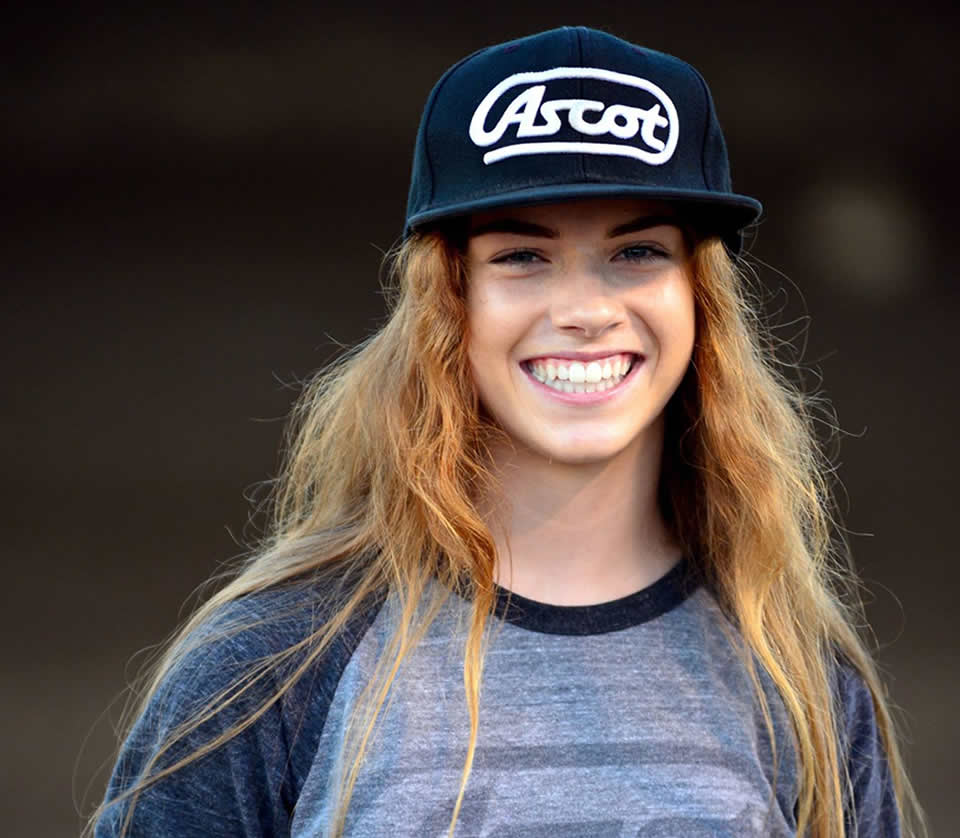 Courtney Crone moved up into cars and won her 1st Sprint Car and 1st Ford Focus Midget main in her rookie season. In 2016 she was selected and honored to be a Women’s Motorsports Foundation Project Podium recipient by retired Indy Car racer Lyn St. James and her peers. She won the 2016 Perris Auto Speedway Young Guns Championship in Sprint Cars with six wins, and also won three out of three Formula Mazda races in 2016. In 2018 Courtney was selected for the Team USA Scholarship. Crone also was invited to the Road To Indy and W Series Shootouts based on her securing the 2018 FormulaSPEED championships. 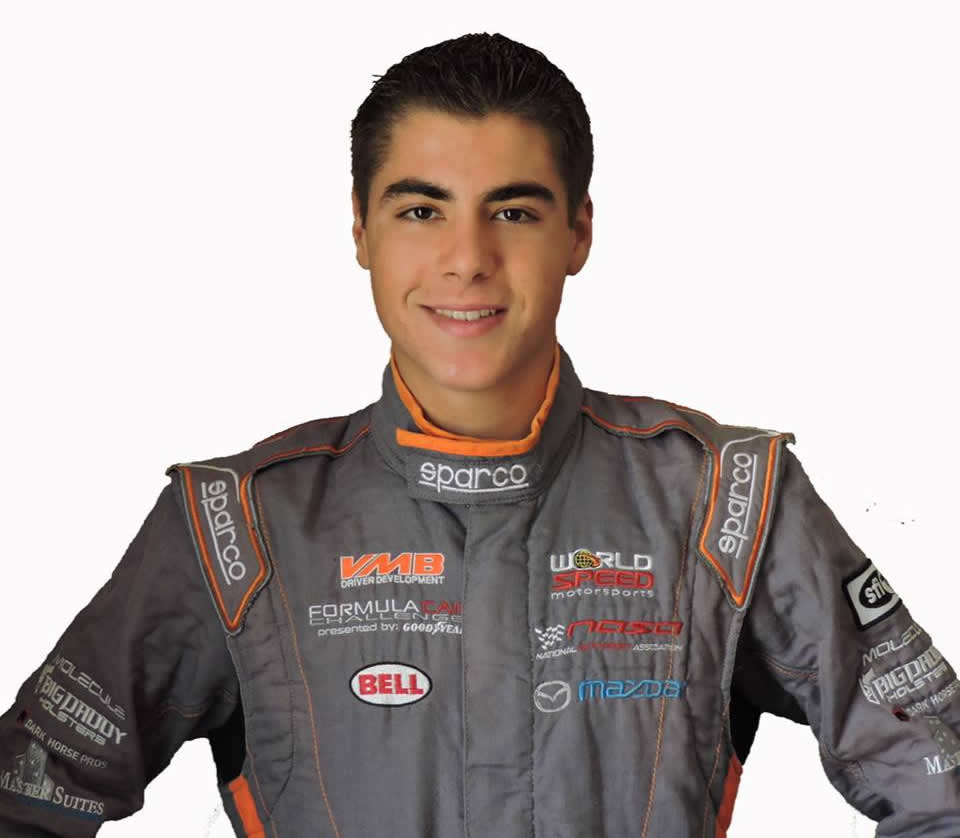 Williams has won multiple SKUSA and IKF Karting Championships since he began racing in 2004, and for the past two seasons has been under the tutelage of former Indy 500 Rookie of the Year, Phil Giebler. He was one of four drivers to receive the World Speed Motorsports Rising Star Award in 2015. That award provided him with a test with the team, and the opportunity to be considered for the scholarship.“We were impressed by Carter’s performance on and off the track, and we enjoyed working with him at the WSM Rising Star Award test day,” stated WSM President Telo Stewart. When it came time to review all the drivers we had connected with in the pre-season Carter’s name kept coming to the top of the list. When Steve (VMB President) and I met to decide how we would best use the remaining 2016 scholarship funding we both agreed that helping Carter make the transition from Karting into open wheel would be a great opportunity for us and for Carter.” In 2016 Carter was invited to the Mazda Road to 24 Shootout, and was secured as a 2017 VMB driver shortly thereafter. In 2017 Carter was selected as a candidate for the Team USA Scholarship. 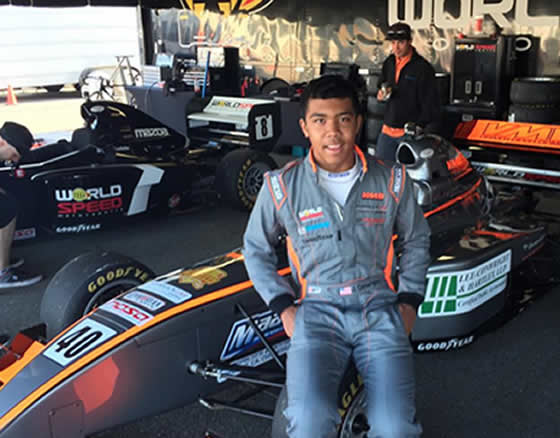 Jaden’s racing path began in 2007 at age seven racing quarter-midgets as reward for achieving and maintaining high citizenship and academic grades in school.Based on his quarter-midget and karting success by the age of fourteen, Jaden was awarded the World Speed Motorsports Rising Star and selected to drive the FormulaSPEED for VMB Driver Development and World Speed Motorsports in 2014.

Jaden won the 2014 Formula Car Challenge championship in the FormulaSPEED2.0 class. In November 2014, VMB and World Speed Motorsports placed Jaden in the Pro Formula Mazda (PFM) to compete and in his first race in the PFM he scored a podium finish.

In 2015, Jaden was retained by VMB to compete in the Formula Car Challenge driving in the Pro Formula Mazda class. He finished the season 2nd in the FCC National Championship. For 2016, he will be competing in the Italian Formula4 Championship. 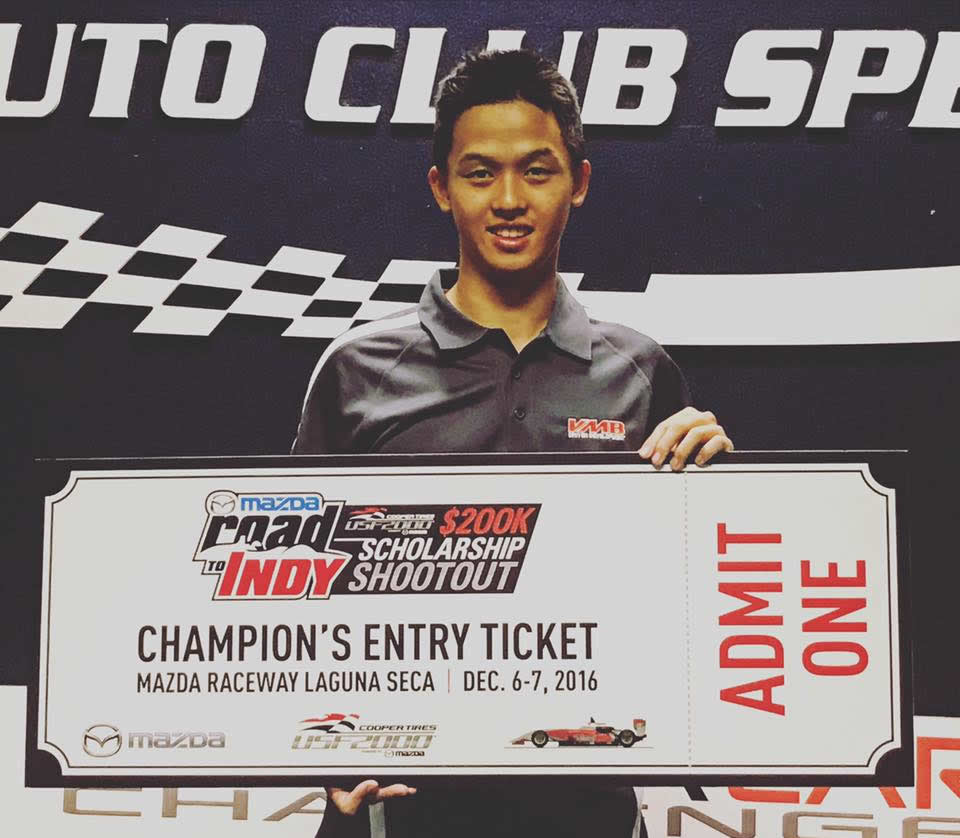 Jonathan started his career in karting at the age of 13. He competed in the Jim Hall Karting Series from 2009-2012. He scored a total of 23 pole positions, 20 heat wins, 23 main event wins (series record) and 3 championships (series record). From 2012-2014, he focused on learning, communicating, and developing the ability to earn sponsorship.In November of 2014, he earned enough sponsorship to compete in the 2014-15 Skip Barber Winter Championship. He was able to earn 2 poles, 2 fastest laps, 7 podiums, and 1 win. In 2015, he ran the Skip Barber Summer Series where he scored 4 wins, 5 podiums, and 2 poles. In 2015 he was award the World Speed Motorsports Rising Star Award.

For 2016, Jonathan has been retained by VMB to compete in the Formula Car Challenge driving in the FormulaSPEED class. Later that season Sugianto was invited to the Mazda Road To Indy Shootout. 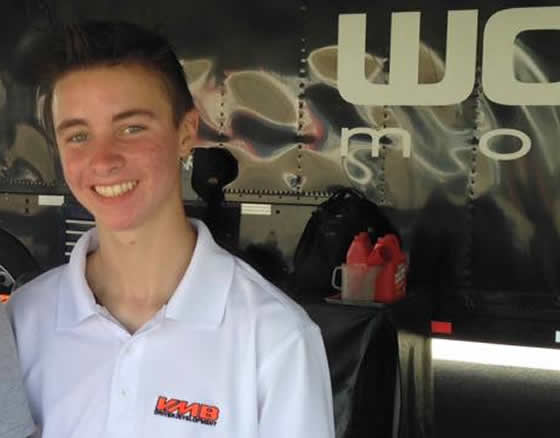 Michael started his career racing go-karts at the age of 8 years old.  He has progressed steadily through the ranks, accumulating numerous wins, titles and track records.  He was the first driver to have won the Redline Oil Karting Championship Driver of the Year award twice. He also won the Championship title as a Mini-max Rotax driver as well as Jr. Rotax driver.Based on his karting success he was selected as a World Speed Rising Star Award winner, and soon after selected as a 2015 VMB Scholarship Driver. Michael won both the Regional and National FCC Championships in the FormulaSPEED class in 2015. 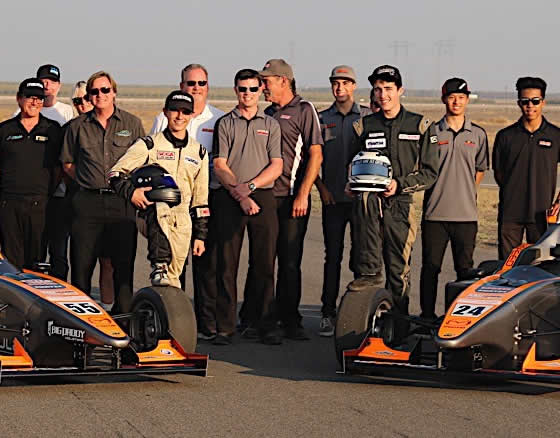 There have been some VERY talented young drivers who have attended our shootout, and many have gone on to incredible success in motorsports. Below are links to those that have been selected each year. If you are interested in learning more about what actually happens at one of our shootouts, you can check out this great article by our friends at Turnology.

Apply For A Scholarship

Fill out this simple form, and tell us all about your current racing experience, and your future goals. At the end of every race season VMB and World Speed review what the best opportunities will be the next season, what the scholarship budget will be, and then reviews available drivers who have shown interest. Want to learn more about what happens at a VMB Shootout? Check out this great article by our friends at Turnology.

You can follow VMB Driver Development on Facebook for the latest news. Other great sites that share our news are the Formula Car Challenge and World Speed Motorsports.

Associate Marketing Partners:
Interested in partnering with this project? Learn more here >>
This site and its contents are a project of WSI.
To learn more about World Speed Inc. visit: www.WorldSpeedInc.com